ANALYSIS. Two Swedish nationals were, on 11 November 2022, charged with spying for Russia – in a trial that got off the ground seven years after the alleged crime and under unprecedented secrecy.

By Kristoffer Hell, M Lit in Strategic Studies from a British University and is published in English and Swedish

Simultaneously, someone on the inside, friendly to the prosecution, is leaking information to Swedish media, with the effect that the defendants are facing two parallel trials: one official, which is secret, and a public one in the media, in which the lawyers are prohibited from defending the brothers since the Judge has imposed absolute reporting restrictions and a total ban on disclosure.

Whereas this type of media coverage counts as libel and contempt of court in other jurisdictions, for some reason, this is how it works in Sweden.

“There are rules, and one cannot engage in defamation,” says Anne Ramberg, former General Secretary for the Swedish Bar Association. ” Unfortunately, the situation in Sweden has become that trials do take place in the media.” [1]

The core period of the alleged espionage took place between 2011 and 2015, when the older brother, 42, was an employee at Sweden’s Defence Intelligence (Must) and the State Security Police (Sapo.se). The younger brother, 35, is believed to have been acting as a conduit to Russian military intelligence, the GRU.[2, 3, 4]

Both brothers deny any wrongdoing.

On 12 June 1964, Air Force Colonel Stig Wennerström was convicted for spying for the Soviet GRU 1948-1963. His arrest in June 1963 came only hours after the security police had been able to confirm a lair with soviet spy equipment in his attic.

Wennerström confessed and since the Soviets already knew the secrets, the Swedish public was also informed. Colonel Wennerström was said to have “given up the entire Swedish defense System”, including the domestically designed and manufactured Draken fighter aircraft. Wennerström had also informed the Soviets about the ostensibly neutral Sweden’s secret military agreements with the United States and that Sweden was acting as a de facto member of NATO.

The reason a Soviet fighter shot down a Swedish signals intelligence aircraft, on 13 June 1952, East of Gotland (killing all onboard), the so-called Catalina-affair may have been that Wennerström had explained to Moscow that the spyplane from Sweden’s equivalent the British GCHQ, FRA, was directed by the US and was equipped with state-of-the-art American spy technology operated by an American serviceman who was also onboard. [5]

On 7 December 1979, State Security Police officer Stig Bergling was convicted for spying for the Soviet GRU in the 1970s. His conviction came eight months after his arrest. Mr. Bergling confessed to handing over a top-secret binder with:

On 20 May 1983, Air Force Lieutenant Colonel Bertil Ströberg was arrested for spying for Poland (back then a communist state and member of the Soviet Warsaw defense pact). Less than a month later, in June 1983, he was convicted.

Until his death in 2012, Lt Colonel Ströberg claimed he was innocent of the charges, a position which was later strengthened with the release of previously classified documents. [7]

Colonel Wennerström, Mr. Bergling, and Lt ColonelStröberg were all said to have been active spies at the time of their arrests.

On 20 September 2021, both brothers were arrested.

Within a few hours, the younger brother was released and for the next 57 days the security police monitored him closely, after which he was arrested again – this time for good. If previous post-WWII cases are of guidance, the trial would have started shortly thereafter – had the gambit been successful and evidence emerged, perhaps through some rash and ill-conceived act on behalf of the younger brother.

It would take an additional 12 months, until the security police, on 11 November 2022, took the leap to take the brothers to court.

“We are living in an age of incredible naïvité,” warns Mrs Ramberg.

“People seem to believe that the state is always good and never abuses its tools. Sometimes it feels as if we, from the community’s side, are a voice crying in the wilderness when it comes to issues surrounding the principles of the rule of law and integrity. It’s ugly.” [8]

By Kristoffer Hell, M Lit in Strategic Studies from a British University and is published in English and Swedish 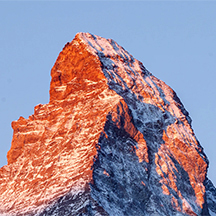 So something happened in 2013?
Or that particular time is a misdirection? And the US just needs a scapegoat for the ongoing altmedia-debate about Ukraine and doesnt want to out any hint about that?