In a stunning move that has civil libertarians stuttering with disbelief, the U.S. Senate has just passed a bill that effectively ends the Bill of Rights in America and will turn USA into a battleground.

Text: Mike Adams | Also watch this video: The US Constitution is gone

This bill, passed late last night in a 93-7 vote, declares the entire USA to be a ”battleground” upon which U.S. military forces can operate with impunity, overriding Posse Comitatus and granting the military the unchecked power to arrest, detain, interrogate and even assassinate U.S. citizens with impunity.

Even WIRED magazine was outraged at this bill, reporting:

Senate Wants the Military to Lock You Up Without Trial
…the detention mandate to use indefinite military detention in terrorism cases isn’t limited to foreigners. It’s confusing, because two different sections of the bill seem to contradict each other, but in the judgment of the University of Texas’ Robert Chesney — a nonpartisan authority on military detention — “U.S. citizens are included in the grant of detention authority.” Source

The passage of this law is nothing less than an outright declaration of WAR against the American People by the military-connected power elite. If this is signed into law, it will shred the remaining tenants of the Bill of Rights and unleash upon America a total military dictatorship, complete with secret arrests, secret prisons, unlawful interrogations, indefinite detainment without ever being charged with a crime, the torture of Americans and even the ”legitimate assassination” of U.S. citizens on right here on American soil!

If you have not yet woken up to the reality of the police state we’ve been warning you about, I hope you realize we are fast running out of time. Once this becomes law, you have no rights whatsoever in America — no due process, no First Amendment speech rights, no right to remain silent, nothing. 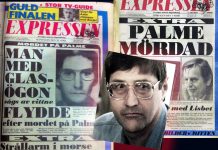