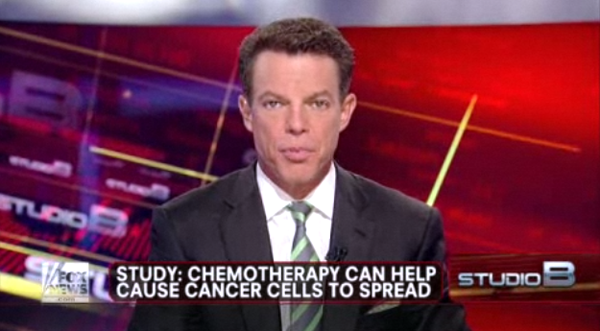 Cancer-busting chemotherapy can cause damage to healthy cells which triggers them to secrete a protein that sustains tumour growth and resistance to further treatment, according a new study.

Researchers in the United States made the “completely unexpected” finding while seeking to explain why cancer cells are so resilient inside the human body when they are easy to kill in the lab.

They tested the effects of a type of chemotherapy on tissue collected from men with prostate cancer, and found “evidence of DNA damage” in healthy cells after treatment, the scientists wrote in Nature Medicine.

Ever since chemotherapy was introduced into the practice of western medicine, doctors and oncologists have been trying to answer this nagging question: Why does chemotherapy seem to work at first, but then cancer tumors cells grow back even more aggressively while the body becomes resistant to chemotherapy?

It turns out that chemotherapy damages healthy cells, causing them to secrete a protein that accelerates the growth of cancer tumors.

This protein, dubbed “WNT16B,” is taken up by nearby cancer cells, causing them to “grow, invade, and importantly, resist subsequent therapy,” said Peter Nelson of the Fred Hutchinson Cancer Research Center in Seattle. He’s the co-author of the study that documented this phenomenon, published in Nature Medicine.

The findings of the study were confirmed with prostate cancer, breast cancer and ovarian cancer tumors. This discovery that chemotherapy backfires by accelerating cancer tumor growth is being characterized as “completely unexpected” by scientists.

As NaturalNews has explained over the last decade, chemotherapy is medical fraud. Rather than boosting the immune response of patients, it harms the immune system, causing tumors to grow back. This latest researching further confirms what we’ve known for years in the holistic health community: That chemotherapy is, flatly stated, poison. It’s not “treatment,” it’s not medicine, and it’s not prevention or a cure. It’s poison with virtually no medicinal value except in perhaps one to two percent of cancer cases.

The first side effect of chemotherapy is, by the way, cancer. Cancer centers should technically be renamed “poison centers” because they are in the business of poisoning patients with a toxic cocktail of chemicals that modern science reveals to be a cancer tumor growth accelerant, Mike Adams writes.

Learn more and watch a video