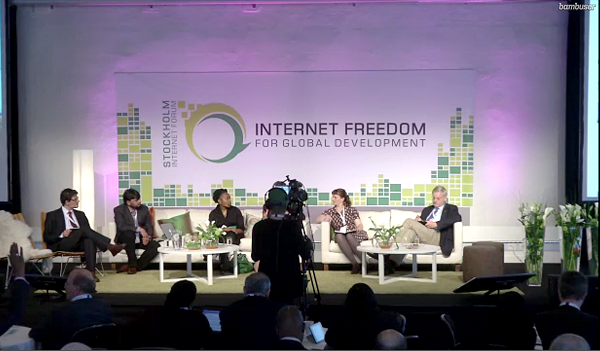 The Swedish Minister of Foreign Affairs Carl Bildt has claimed that the blanket net wiretapping already being performed by the Swedish government is completely compatible with freedoms of speech and expression, as it is “performed discreetly”.

This remarkably Orwellian statement was made in a panel at the Stockholm Internet Forum today, where Carl Bildt is trying to portray himself as net-friendly. The Swedish government’s credibility is below zero in these matters among activists, as the recently-enacted FRA law mandates the government to wiretap all traffic online in bulk without a warrant, if it happens to cross a country border (which you can’t know in advance if yours does).