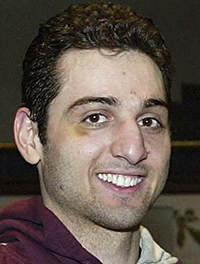 Suspected Boston marathon bomber Tamerlan Tsarnaev believed that he was a victim of mind control, according to the results of a five month investigation published yesterday by the Boston Globe, InfoWars writes.

Tsarnaev, who was killed in a shootout with police four days after allegedly carrying out the bombings with his brother Dzhokhar Tsarnaev, was thought to have “some form of schizophrenia,” according to family friends, while his mother said Tsarnaev “felt like there were two people living inside of him.”

“He believed in majestic mind control, which is a way of breaking down a person and creating an alternative personality with which they must coexist,” Donald Larking, a 67-year-old who attended a Boston mosque with Tamerlan, told the Globe. “You can give a signal, a phrase or a gesture, and bring out the alternate personality and make them do things. Tamerlan thought someone might have done that to him.”

BBC: Are we close to making human ‘mind control’ a reality?