Artists Jeroen Koolhaas and Dre Urhahn create community art by painting entire neighborhoods, and involving those who live there — from the favelas of Rio to the streets of North Philadelphia. What’s made their projects succeed? In this funny and inspiring talk, the artists explain their art-first approach — and the importance of a neighborhood barbecue.

Known as “favela painters”, Haas&Hahn have been working on community projects in Rio for almost 10 years. They’ve also worked in Haiti and Curaçao, and in 2011, they moved north into a tough neighborhood in northern Philadelphia, where they trained the Philly Painting crew to cover a worn-out commercial corridor in massive color blocks. They’ve returned to Rio in 2014 for a new project in the Vila Cruzeiro favela. 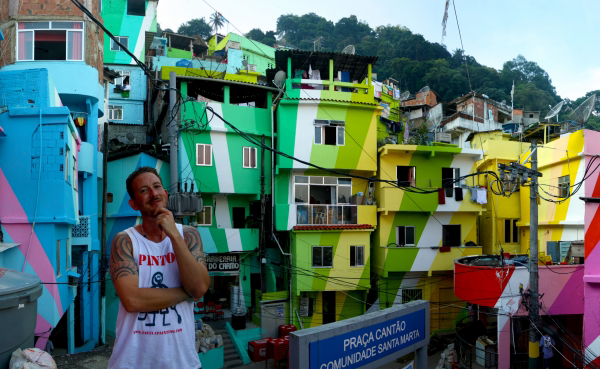