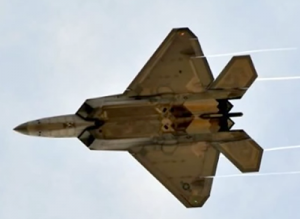 GlobalResearch.ca. The US is considering bombing pipelines in Syria, which it claims is in an attempt to cut off the huge profits being made by ISIS from captured oilfields.

The Independent quotes Julieta Valls Noyes, the deputy assistant secretary for European and Eurasian Affairs during a visit to London, that ISIS was making $2 million a day off oil sales and that the US would consider airstrikes as well as “kinetic strikes against some pipelines” and “actual physical action to stop the flow”.

The trouble with this justification for destroying Syria’s oil pipelines, is that ISIS does not have the capability to use the pipelines to transfer oil. ISIS transports the stolen oil on the back of trucks, and sells it on the black market in Turkey.

Andre Vltchek: Israel has attacked Lebanon and Syria again – So what?

Poll: Americans have negative view of Obama on Syria, Iran

Syria – Is Assad being set up?