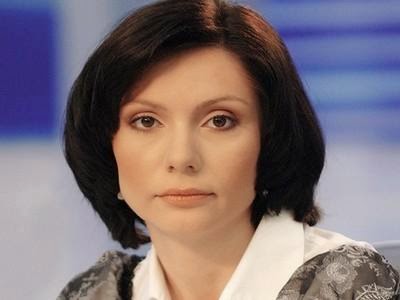 Elena Bondarenko, silenced in the Ukrainian Parliament, published an open letter to the public. It’s a voice nowhere to be heard in the Western press. Although it has been written a few months ago, it is still important today and will remain on the pages of history as a testimony to the situation of lawlessness perpetrated by those in the highest ranks of power in Ukraine.

My friends, here is my declaration. I ask that you share it to the extent possible. If you can translate it into other languages, please do!

I, Elena Bondarenko, People’s Deputy from the Party of Regions, finding myself in opposition to the current power in Ukraine, wish to declare that this administration has resorted to direct threats of physical elimination of the opposition in Ukraine; has resorted to suspending the right of freedom of speech, in parliament and out, and is implicated in complicity in crimes not just against politicians, but even against their children.

The everyday life of an opposition deputy is this: constant threats, unofficial ban from the airwaves, targeted persecution. Everyone who calls for peace is immediately branded as an enemy of the people, just as in 1930’s Germany, or in McCarthyite US.

A few days ago, Arseniy Avakov, the Minister of the Interior, an ardent adherent of the so-called Party of War of the Ukraine, said the following:

“When Elena Bondarenko comes to the podium to speak, my hand automatically reaches for my gun.”

This, I emphasize, are the words of a man entrusted with the supreme police power of the country. Further: exactly one week ago, Alexander Turchinov the Speaker of the Ukrainian Parliament, deprived me of the right to speak from the podium as a member of the opposition Party of Regions, only for this: I declared:

“Any power that commissions its army to bomb its peaceful cities, is criminal.”

After which, he magnanimously gave the radical parliamentarians the option to call for shooting the opposition. Considering that my car was shot at last year, when the extremists were already arming with weapons, [a fact on record with the police, on my complaint] such threats aimed at me must be taken seriously.

Further, I will inform everyone, who does not already know it, that the current leadership is covering up those who dared to raise a hand against the son of another opposition politician, Vladimir Oleinik. Ruslan Oleinik, performing his duties as regional prosecutor, was beaten up at his office, endangering his health, and even his life.

Instead, this administration fired the prosecutor! Every day, from his colleagues I learn of beatings of their aides, of attacks on their companies, of threats, yes, even attacks, on their lives, their health, their property.

The Ukrainian media is completely sanitized from this information, and the typical Ukrainian has no idea that a criminal struggle is taking place against the opposition, and that the constitutional right of free speech is suppressed in every way. The journalists who overcome their fear and work honestly are subject to attack by nationalist mobs, but the organizers and participants of these pogroms are not punished, even when they are recorded on videos and photographs.

I call upon those international organizations that proclaim their support of democratic principles not just to notice this declaration, but to involved in this struggle for the preservation and respect for the democratic rights and freedoms of the citizens of Ukraine.

The methods of the junta in their struggle for power, or rather, for the establishment of a Ukrainian dictatorship, have nothing to do with any concept of “democracy.”

If the international community does nothing in the face of these egregious acts, it will look like complicity and silent approbation of all these crimes which are being committed in Ukraine.

The free world will lose an outpost, Ukraine. All who fight for democracy, rule of law, and the rights of man, together, can achieve a lot. But only together can we stop the junta and the fratricidal war in Ukraine.

Robert Parry: What did US Spy Satellites see in Ukraine?