RT.com. The Times named Nigel Farage of the UK Independence Party ‘Briton of the Year, ‘ calling him a game-changing politician who broke into and shaped the country’s politics in 2014. The decision prompted a storm of controversy in the media and on Twitter.

Farage has managed to lure many disillusioned voters away from the political establishment and has exploited every opportunity he can – which may mean his party will hold the balance of power in Westminster in the coming election. 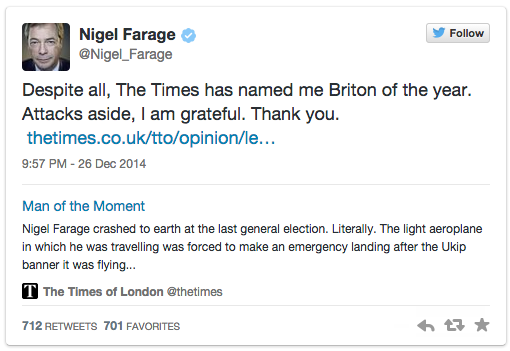 Nigel Farage: Greece votes No: The European Union is dying before our eyes

Who is Herman van Rompuy – The President of EU?