NewsVoice asked an American company called Sinthetics, which produces and sells extremely realistic sex dolls, what the future may be for sex robots that will, move, talk and respond. Bronwen from Sinthetics sales department believes that future robotic sex robots equipped with artificial intelligence (AI) sadly will not be a threat to trafficking and prostitution. “While there are some people who prefer the dolls to people, most people still prefer other humans”, Brownen says.

Text and interview by Torbjorn Sassersson, NewsVoice | Picture of a sex doll named Kimiko by Sinthetics.com

NewsVoice: If you look into the future when will your dolls talk and move?

Bronwen: We are always open to exploring new hardware and software options that become available. We hope that eventually there will be viable options for us to include in the dolls which are practical, cost effective, and durable.

Right now nothing is really practical, but we are always on the look-out. In fact we went to the CES (Consumer Electronics Show) in Las Vegas as part of that continual search. We go annually to see what new technologies are being developed. It’s a very slow development process. I doubt we’ll see any kind of significant cost-effective movement (walking, talking etc.) within the next decade.

Tests are already happening on nano-technology to fight cancer cells within the body, extraordinary mechanical replacement limbs activated by the user’s brainwaves, and LED lenses to allow people to see the internet right on their own eyeball.

Do you think – in the future – your dolls will be responsive to speech and be able to act according to commands?

There are some really interesting technologies, some of them with easy-to-integrate options from currently available  platforms, like MP3s and Smart Phones.

We do occasional testing with various hardware/software combinations to see what is likely to work.

Our biggest concerns are always cost and durability. To get a doll to have robotic motion is a lot more complicated than simple AI [Artificial Intelligence] though. 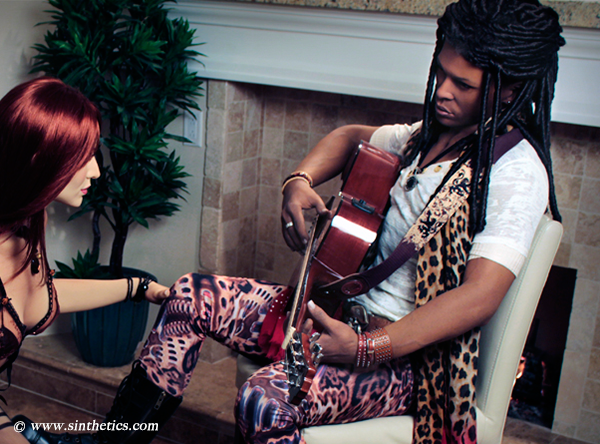 The sex doll William approached by a female sex doll.

What could the price be for a lover robot that can talk, move and respond to commands?

I think we are probably decades away from anything closely resembling a functional at-home sex robot. In the millions of dollars right now, based on the costs of development for robots in Japan. Tens of millions for the advanced ones. Light-weight, wireless, functional, durable, able to tolerate sex, being soft and lifelike to the touch, and intelligent are very far away from current reality.

Will you lease that kind of robots?

No, we don’t lease the dolls due to risk of damage. We definitely wouldn’t risk renting out something as expensive to develop as a robot.

Could such a lover robot deliver sex therapy?

Possibly, but a more realistic and viable option would be a human sex-therapist along with the use of a doll as a training device. Sex surrogates are an interesting option that is already available in some countries.

Could a future lover robot be remote controlled via the internet?

The goal would be to make any AI able to communicate through the internet, most likely through something like a smart phone.

Could your products in fact decrease the demand for prostitutes and even be a threat to trafficking?

Most likely not. It’s highly unlikely we’ll see a robot or cyborg so lifelike that it will take the place of a real human being within the foreseeable future.

While there are some people who prefer the dolls to people, most people still prefer other humans. There are also many political and emotional aspects to trafficking, slavery, domination, not the fun S&M kind, that factor into these things. 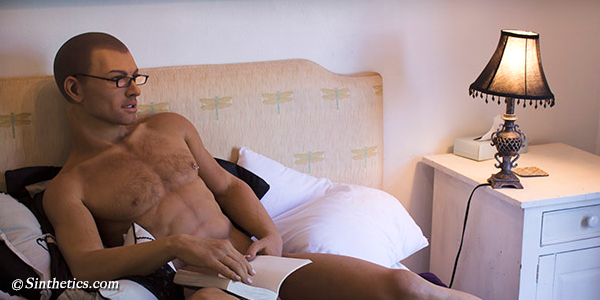 The Guardian: Hundreds of migrants rescued from people traffickers in Mediterranean