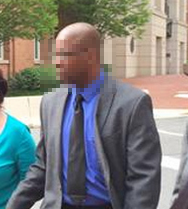 The former CIA officer, who was fired in the early 2000s, was charged under the Espionage Act for disclosing classified information about a mission meant to slow Iran’s nuclear program to New York Times reporter James Risen, who then wrote about the CIA’s Iranian plot “Operation Merlin” in his 2006 book, ‘State of War’.

“The plan was designed to project a negative image of Iran’s nuclear program, learn more about it program and impair its progress. Flawed nuclear weapon schematics were reportedly funneled to the Iranians via a Russian scientist with the codename “Merlin.””