“The Empire (US) has a range of weapons to maintain its power: from it’s courts to it’s military. But it also has effective ideological weapons. Everyone in the United States knows that “socialist” or “communist” is considered a bad word. How did things get that way?”

Abby Martin explores the history of anti-communism in America, and the heavy repression of an idea that became an unofficial religion. Martin interviews Brian Becker, founder of the Party for Socialism and Liberation and Jared Ball, Professor of Communication Studies at Morgan State University. 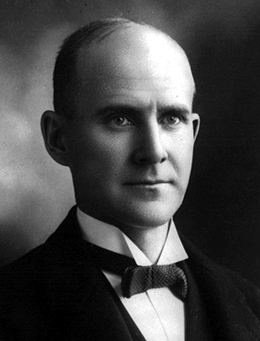 Wars throughout history have been waged for conquest and plunder. In the Middle Ages when the feudal lords who inhabited the castles whose towers may still be seen along the Rhine concluded to enlarge their domains, to increase their power, their prestige and their wealth they declared war upon one another. But they themselves did not go to war any more than the modern feudal lords, the barons of Wall Street go to war.

The feudal barons of the Middle Ages, the economic predecessors of the capitalists of our day, declared all wars. And their miserable serfs fought all the battles. The poor, ignorant serfs had been taught to revere their masters; to believe that when their masters declared war upon one another, it was their patriotic duty to fall upon one another and to cut one another’s throats for the profit and glory of the lords and barons who held them in contempt. And that is war in a nutshell.

They have always taught and trained you to believe it to be your patriotic duty to go to war and to have yourselves slaughtered at their command. But in all the history of the world you, the people, have never had a voice in declaring war, and strange as it certainly appears, no war by any nation in any age has ever been declared by the people.

Yours not to reason why;
Yours but to do and die.
That is their motto and we object on the part of the awakening workers of this nation.

If war is right let it be declared by the people. You who have your lives to lose, you certainly above all others have the right to decide the momentous issue of war or peace. / Source

Eugene Victor Debs (1855-1926) was an American union leader, one of the founding members of the Industrial Workers of the World (IWW or the Wobblies), and five times the candidate of the Socialist Party of America for President of the United States.Through his presidential candidacies, as well as his work with labor movements, Debs eventually became one of the best-known socialists living in the United States. / Wikipedia

US Sanctions Shut Down ‘The Empire Files’ with Abby Martin