COVID SWEDEN. Amanda Forbes who runs a show on Children’s Health Defense TV interviews Aga Wilson from NewsVoice. Wilson explains the current situation in Sweden concerning covid restrictions and what the Swedish government has planned for the future.

Many people may think Sweden is a safe haven compared to other countries but Aga Wilson argues that may not be the case because we have not yet seen what the government has planned for its citizens. We do know for sure that Sweden tends to follow the WHO, the US policy as well as the EU directives rather than new scientific findings. True science and the health of people are of secondary importance. International policy is everything.

Aga Wilson is a humanitarian and her background working for the United Nations stationed in New York gave her the opportunity to travel to globally and work in different settings. During the covid crisis, She had to queue one and a half hours for toilet paper in New York which amongst other things triggered her memories from her home country Poland ruled by the communist regime. Eventually, she decided to move back to Sweden where she grew up.

Amanda Forbes asks if there were any lockdown measures implemented in Sweden. Wilson’s short answer is no. Wilson explains there never were any lockdowns and Sweden never implemented mandated masks, only recommendations. Still, there are recurrent protests arranged by the Swedish freedom movement due to restrictions for gatherings and restaurants that had to close early and they were only allowed to accept very few customers. That caused many smaller businesses to close down. Also, the government adopted The Pandemic Law which rendered the governments additional power. Suddenly protests became illegal but football fans could still march on the streets. How could that be possible if there is a deadly disease roaming the country, she asks rhetorically?

The Swedish freedom movement consisted of random civilians and people from many company branches are fighting for economical and political awareness. They fight to prevent mandatory vaccinations and the covid passport.

Aga Wilson says that the protesters are vilified by the mainstream media as in many other countries. They are regularly called tinfoil hats and right-wing extremists even though many are left-wingers, liberals, and overall very caring people that just want to maintain a sound society not controlled by manuscripts from Big Pharma.

Amanda Forbes cuts in and suggests that when trust is lost people need to build a new society. She then asks about how the police have handled the protesters. Wilson says the police have done some arrests to get the people off the streets. Generally, they have not been as harsh as in other countries. They had until September 28 a routine to transport protesters away but not arrest them.

“At a press conference on 7 September, the government announced that restrictions on attendance numbers at public gatherings and events are planned to be removed as of 29 September 2021” – Swedish Government press release

Forbes asks about the current situation pertaining to green vaccine passports in Sweden. Are they planned or not?

In a memorandum dated in September 2021, the Swedish Government Offices propose that vaccination passports should be introduced and remain in Sweden even after other restrictions were removed on September 29 and that these should condition previously constitutionally protected civil rights in Sweden.

The government wants people to be unable to escape the passports for either political or religious reasons and they also want to completely remove the possibility of showing a negative PCR corona test as an alternative.

The Government has also complained they lack the power to act with force in case of another emergency situation. Authorities aim in the future to even restrict private gatherings if they chose to.

Moving on, Aga Wilson says the Government is pushing hard to vaccinate youngsters and kids. In October kids as young as 12 years old are now rapidly being vaccinated – often without parental consent – lacking a public debate since the media is controlling the narrow pro-vaccine narrative. A massive amount of people are not even being heard in the public debate, Wilson explains.

NewsVoice has reported about how independent journalists and a retired nurse in September were assaulted by aggressive policemen after they interviewed young people outside a vaccination clinic in Vasteras. The assault was recorded.

Aga Wilson has many times stated that many health workers are intensively pushed to be vaccinated. NewsVoice has spoken to numerous nurses and doctors that state how they are coerced and even threatened to take the covid vaccine or they may face displacement or losing their job.

At the end of the interview, Aga Wilson points out that millions of people have been vaccinated but we have never seen so many adverse reactions as with the covid vaccines. They are all documented in databases that are public and where anyone can learn about the latest numbers.

Wilson firmly believes that people are beginning to wake up to the facts around the world now. Amanda Forbes invites people to watch her show ‘Around The World’ With Amanda Forbes. 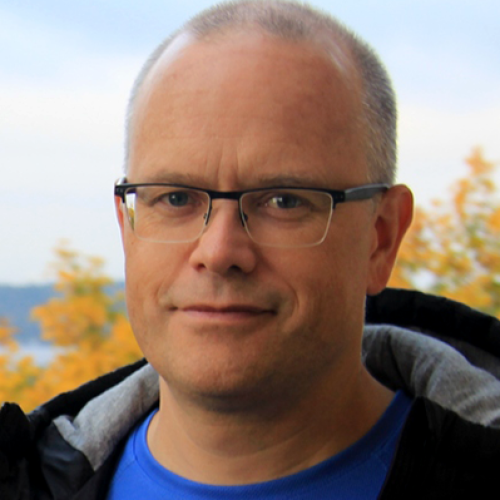