In this interview an investigative reporter and former EU parliamentarian Richard Cottrell outlines the possible murderer of the Swedish prime minister Olof Palme in 1986. In the shaddows of the assassination we may suspect the Stay Behind Movement which originated during the cold war era, a clandestine military group that still may be very active.

Richard Cottrell has a long career as a journalist in the British print media and television. He is specialized in politics and economics. In 1979 he was elected as a Conservative to the European Parliament. He stayed for 10 years. 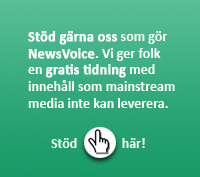 Cottrell’s books: “The Sacred Cow” about EU’s farming policy. “Blood on Their Hands” about the murder of the British journalist Ann Chapman. The third book is named “Gladio – NATO’S Dagger at the Heart of Europe”. See below. He is also behind the Cottrell Report into the activities of pseudo religious cults. 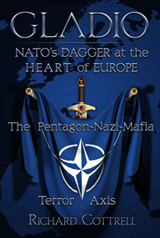 GLADIO – NATO’S Dagger at the Heart of Europe

Masquerading as a rear guard against a Communist takeover, NATO’s covert special forces are in reality a hideous cancer poisoning European democracy. NATO was behind the Red Brigades and RAF; the murders and attempts on the lives of heads of state: Aldo Moro, Robert Maxwell, Olaf Palme, Pope John Paul II, and JFK; and the false-flag train bombings in London, Madrid and Bologna.

Buy here or here from the US

Swedish government politics are the industry politics of Wallenberg