DEBATE. All people in Europe that are living under the jurisdiction of different Governments, regardless of political views, they are sensitive about so-called wallet issues.

The brainwashed Swedish people put their own destiny in the hands of socialists as they historically have given the population assurances that they are acting fair and square about basics that the Swedes hold highly, such as for example human rights and fair tax policy.

The Mediterranean’s, however, are far more pragmatic when choosing their political leadership, as a famous icon put, “it is all about economics, stupid”. So when the Mediterranean’s look into what the politicians have to offer they, first of all, consider what they economically will benefit most from.

Most of the Mediterranean countries are governed by socialist politicians and they of course are doing their very utmost to please as many as possible from an economical point of view. Thus, the now ongoing negotiations among the EU countries regarding the so-called Corona Relief Package these Mediterranean politicians are emphasizing a generous deal including a lot of financial contributions sent to them as a “freebie” without any claims of paying the economical contributions back to the paying parts.

Sweden, Austria, Denmark, Netherlands, and to some extent Finland had another view on this entering the Corona Relief Package deal at the start of the negotiations, however, they, as expected, very soon gave in and accepted this crazy deal proposed by EU.

Personally, I don’t blame these Mediterranean countries as they take advantage of all the other stupid North European countries, why shouldn’t they?

I live in a country [Portugal] where they made this system of free money from the EU equivalent to a form of art, it is really a smart way to have EU picking up the tab for almost everything they want to do.

As one example of how it works practically, I am showing a sign from a construction site near where I live. It is a school to be built and the EU is, without asking any questions, contributing with 50% of the cost to build that school. Whenever do you see a sign like that in Sweden? 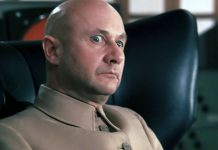 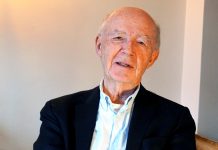 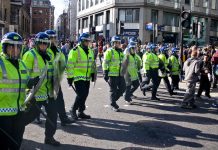