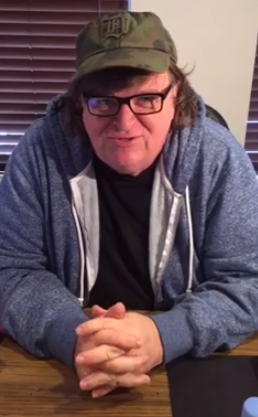 “Where to Invade Next”, made in secret because of surveillance concerns, satirises ‘constant need to have an enemy to keep the military-industrial complex alive’, The Guardian writes.

Michael Moore’s new film, Where to Invade Next, explores how the US government maintains a state of “infinite war”, according to the Oscar-winning documentary film-maker.

Moore revealed rough details of the project, which he has been making “in secret” since 2009, in his first Periscope broadcast.