INFOWARS EUROPE. A top Swedish police officer says his country is effectively in a ”state of war” as shooting deaths have reached a new high in the Nordic nation.

Gunnar Appelgren, a security specialist and head of Stockholm police force’s gang conflict division, expressed his concern over growing violence in Sweden as the country recorded its 44th shooting death of 2018 – the most ever.

”It is the total number of shootings that is the problem,” Appelgren told SVT Nyheter. ”It is an extremely worrying development that we do not succeed in reducing the number of deaths.”

”It is reminiscent of some form of state of war.”

Appelgren says there is ”no quick fix” for the issues at hand, and believes they will take years to solve.

Over 800 firearms have been seized this year and some 299 people arrested in connection with serious crimes in November alone – up from 58 during the same period last year.

Appelgren has also warned that criminals have little difficulty obtaining hand grenades, which are often used to ”shock” their rivals.

”Some groups initially estimated that hand grenades are good for scaring or attacking another group,” Appelgren told Expressen in January. ”Then you are in a spiral, where hand grenades become part of the weapons used in these gang conflicts.”

Infowars has reported extensively on the explosion of crime and violence in Sweden. Recent reports can be found here, here, and here.

By Dan Lyman for Infowars Europe

The French Revolution – A Script for the Corona Coup 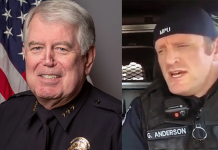 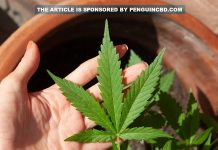 How is the Best CBD Oil Made? How to Choose Good Ones