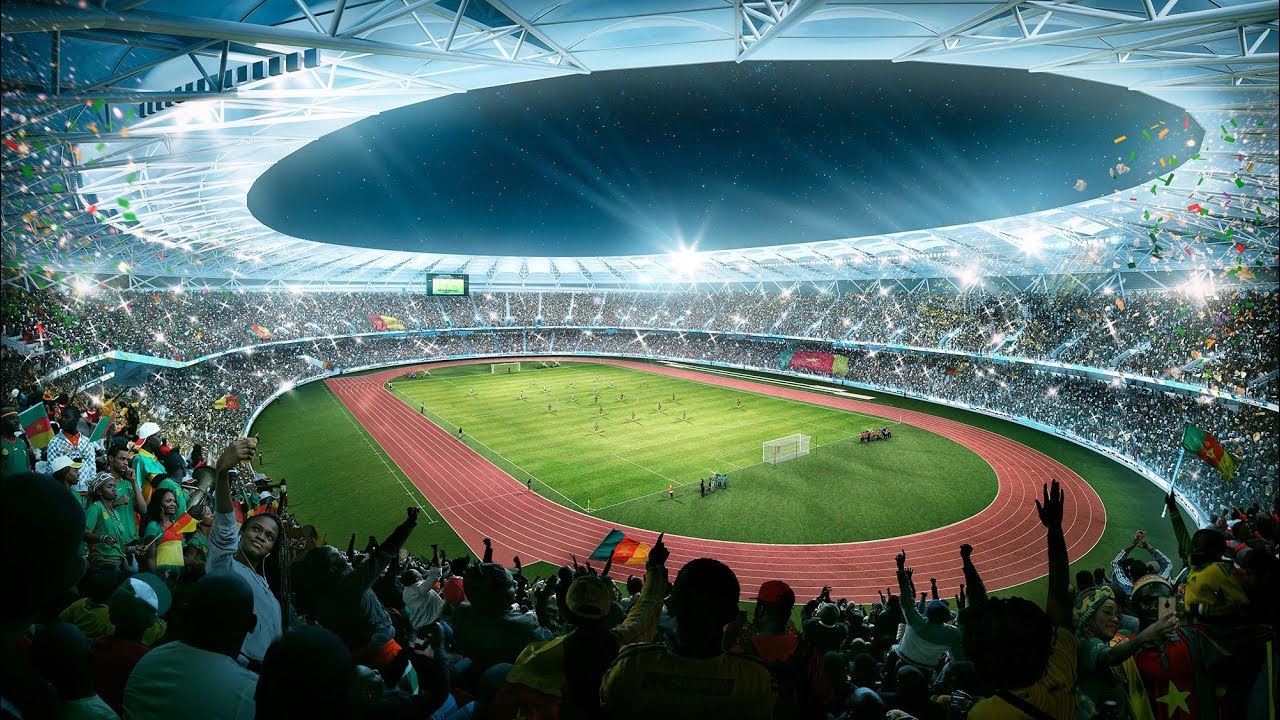 SPORTS. NewsVoice Africa Correspondent Lilian Neg was among the journalists who had the privilege to cover the 2020 Africa Football championship in Cameroon – CHAN 2020 – the first competition organised in the world with spectators during the siege of Covid-19. The tournament was held in Cameroon from the 16th of January to the 7th of February 2021. Originally it was scheduled to be played in April 2020.

I choose Douala as my home based town for the entire competition. I must say I was very impressed by the system put in place by CAF to make the event a great success. I visited the Japoma stadium situated at the outskit of the town. I was guided by a CAF team member to the press conference hall and the media stand. One difficulty was to get my accreditation pass. It took me more than four hours.

The competition was postponed due to the increasing number of players who suffered from Covid-19. Scheduled from the 4th to the 25th of April 2020 last year, it took some work for CAF authorities to reschedule the event from the 16th of January to the 7th of February 2021 in line with the World Health Organization’s (WHO) recommendations.

Before CHAN 2020 no major competitions accross the world were organized with spectators present at the stands. CHAN therefore became a tricky event. The most powerful nations in world of football began to ask themselves if it would be too risky for CAF to accept Cameroon hosting the competition with spectators during the Covid-19 siege.

Read more: Total CHAN 2020 Success – thanks to the media

The encreased number of registered deaths in Europe, Latin America and the U.S was problematic. CAF had therefore to face two challenges: First the organization in general and secondly the respect to the Covid-19 protocol and the entailing security aspects.

Due to the postponment of the game Cameroon had more time to better prepare the competition in terms of infrastructure and accomodations to welcome the various guests. The local organizing comittee engaged volunteers to facilitate the work done in the field either by CAF members, journalists, teams or supporters.

CAF respected the calendar. The teams were present at the field at the minimum two hours before the kick-off. All together the 32 matches were played in three major cities: Yaounde, Douala and Limbe. Douala had the opportunity to welcome two groups. Measures put in place to prevent the spread of Covid-19 were very strict. People had to wash their hands before getting into a stadium. They were obliged to wear their face masks permenently and it was forbidden to remove the mask except when driking water or taking some refreshment. 25% of the seats were occupied with a minimum of 1 or 2 seats as a distance.

During this competitions, teams were highly secure. They had limit access to their supporters and the referees were not left behind, they were put on confinement during the whole competition. I had an opportunity to discuss with a Togolese staff member. He said visits were restricted and forbidden. Players had to stay safe. In line with the prevention means the CAF major team officer at Japoma was particularly unsatisfied and worried with the behaviour of some journalists who, for one reason or another, occationally were removing their face mask.

Concerning the security aspects, due to the political crises in Cameroon, a contingent of policemen and armed forces were posted all over the City of Limbe for maximum security but attacks were still going on although all these measures were taken. A few bombs explosions were recorded in Limbe.

All ended positively with the victory of Morroco over Mali at the finals. The public was exited during the entire games. As for the majority CAF has successfully organized the competition under Covid-19 restrictions but few days later after the closing ceremony the public Health Minister announced an encrease in the number of cases of Covid-19 in Cameroon.

Lilian Neg visited Douala Omnisport Stadium and Japoma. But was constantly informed about Limbe and Yaounde.